Ask any orthodontist, and I bet they’ll tell you that one of the most gratifying experiences in their practice is seeing a patient smile for the first time after treatment. There’s nothing like the confidence that comes from having a great smile. For many patients, this is the first time they’ve ever been able to smile confidently and like what they see looking back at them in the mirror.

Why is a smile so important? The teeth make up such a small part of the body, but can be a big source of confidence or insecurity. This is because first impressions matter, and a person’s smile is a big part of making a first impression.

What Orthodontists Do – and What They Really Do

Yes, orthodontists “move teeth” using braces, headgear, oral appliances, and the like. We straighten teeth out and fix underbites and overbites and crossbites. Treatment may affect the facial profile, the shape of the face, and the fullness of the lips. It can also restore healthy function, for example helping people speak, chew, swallow, and even breathe correctly, when they couldn’t before.

While orthodontists make smiles pretty and restore function, I believe that what we really do is not only change people’s smiles, but also change their lives. This claim may sound a little overblown but I can explain why I believe it.

We all know intuitively that first impressions matter. We may remember times we’ve been judged by someone else based on their first impressions of us, and we may even remember times we’ve done the same to someone else. Whether we mean to or not, it’s natural for people to make assumptions about other people based on their appearance, and part of a person’s appearance is their smile.

A 2012 digital study found that 29% of people who saw images of strangers reported noticing a person’s teeth first, and a little less, 24%, said that teeth was the one facial feature they remembered most after meeting someone for the first time.

These judgments go beyond first impressions and have an impact on how people judge our ability, trustworthiness, and likelihood for success. In the same study, nearly half of respondents – 45% – believed that a person with straight teeth would be more likely to get hired when competing with someone who had crooked teeth. Even more, 58%, associated straight teeth with wealth and success. And nearly three quarters, 73%, judged people with nice smiles as more trustworthy.

Similarly, whether our teeth are straight or not is a factor for many people when it comes to dating and romance. More than a third of people in the study said they wouldn’t go on a second date with someone who had crooked teeth. More than half thought that people with straight teeth would be able to get a date on appearance alone.

There are even more statistics and studies I could share that say the same thing, but I think you get the point: People judge other people based on the appearance of their teeth. That’s why an orthodontist is not “just” straightening crooked teeth or fixing bites but is really managing first impressions, too.

Now that you’ve seen how important the smile is when it comes to making a good first impression, you understand why I say that orthodontists don’t just change smiles, they change lives. Orthodontists are smile specialists who can help improve our patients’ appearance and function – not to mention make other people see them as more trustworthy, more dateable, more hireable, and more successful. Even more importantly, we can help them change how they see themselves. And that’s where change matters most.

The Dangers of Soda and Soft Drinks 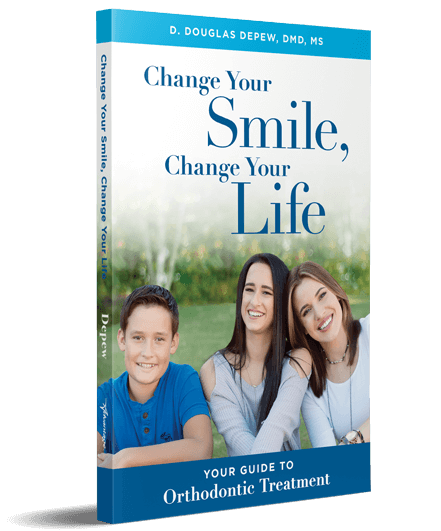 Change Your Smile, Change Your Life: Your Guide to Orthodontic Treatment

Empower yourself with knowledge and discover how orthodontics can change your family’s lives.

Sign up for Dr. Depew’s newsletter to receive inspiration and motivation straight to your in your inbox.